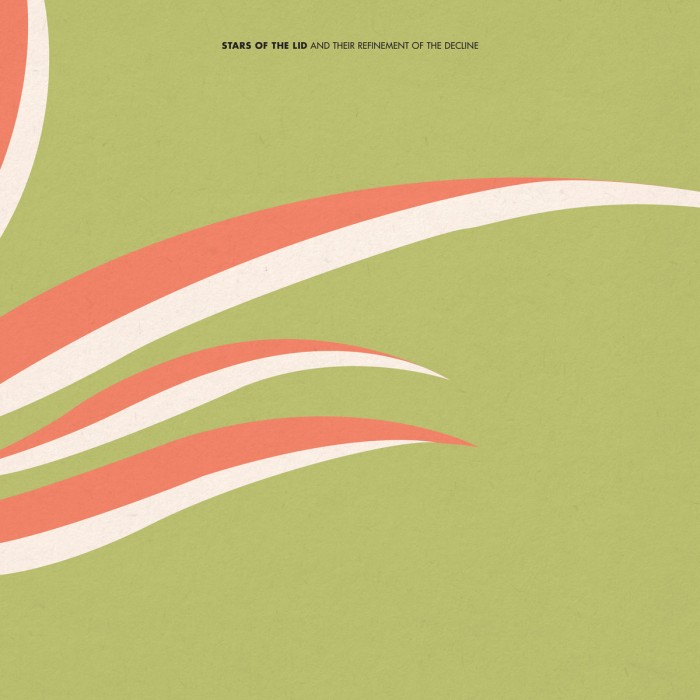 stars of the lid

Stars Of The Lid And Their Refinement Of The Decline

1. Dungtitled (in A major)
2. Articulate Silences
3. Articulate Silences part 2
4. The Evil That Never Arrived
5. Preludes (in C sharp major)
6. Don't Bother They're Here
7. Dopamine Clouds Over Craven Cottage
8. Even If You're Never Awake
9. Even (Out) +
10. A Meaningful Moment Through A Meaning(less) Process
11. Another Ballad for Heavy Lids
12. The Daughters of Quiet Mind
13. Hiberner Toujours
14. That Finger on Your Temple is the Barrel of My Raygun
15. Humectez La Mouture
16. Tippy's Demise
17. The Mouthchew
18. December Hunting for Vegetarian Fuckface

Painstakingly recorded, processed and assembled over five years, SOTL once again delivered a massive work filling two compact discs and three vinyl albums, clocking in at over two hours. While most albums of this length would be considered tedious at best, SOTL are arguably the only contemporary composers who can seemingly alter the time-space continuum simply through the playback of their organized sound. They take time itself and stretch, compress and turn it inside out, transforming what would otherwise be an arduous test of nerves into an interlude of half awake dreams that ends too soon.

In this album, SOTL picks up where The Tired Sounds Of… left off with an emphasis on melodic development, moving their epic soundscapes beyond mere drone and subsequently frustrating all the typical ambient cliches associated with their music. Perhaps the best references for this current work would be found in the score to the film "Le Mepris" by Georges Delerue, the orchestral works of Zbigniew Preisner, or the 1958 CSO/ Fritz Reiner recording of Hovhaness’ Mysterious Mountain, specifically the third movement. But in the final analysis, such comparisons are superfluous at best, as Stars of the Lid have created a musical universe in which they are the sole inhabitant.

stars of the lid Label Kranky