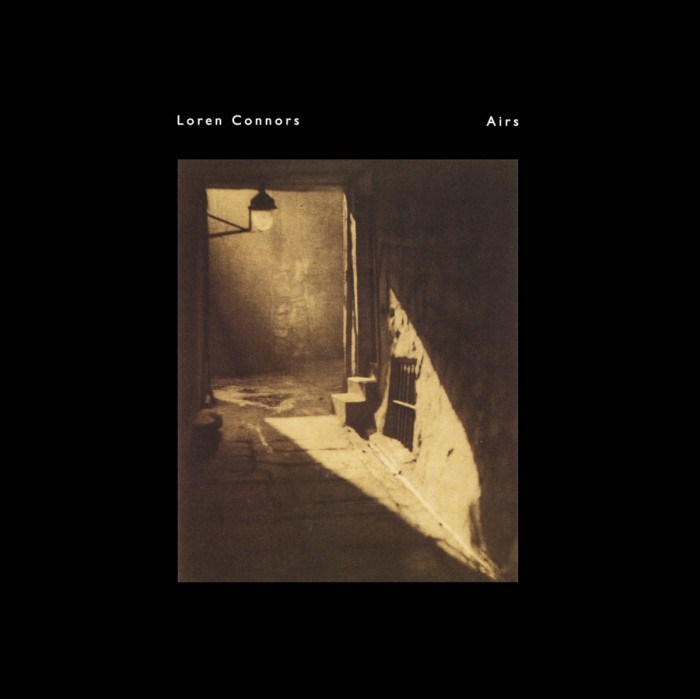 Over the 23 years since Loren Connors’ Airs was first published, it has drawn a thick circle of fans. Gently recorded to cassette tape in 1999, (with wonderfully subtle multi-tracking), Airs is comprised of a series of brief electronic guitar poems. Intimately composed with the patience and purposeful hesitation we have reverently come to expect from Connors. Lyrical melodies recur in different forms throughout the LP, as shifting figures in a dream. Shadowy and sunken, the tone evokes an overcast seascape. The album feels singular; woven along as one flowing piece.

Airs is perhaps the most approachable and beautiful in all of Connors’ catalog, seducing strangers and familiars just the same. Forlorn wonderment; a human quality that makes this such an enchanting record. It is the humble simplicity and the directness of the guitar inflection that conveys such truth. The stark grace of Connors’ playing resonates here for all to embrace.